Imagine that your greatest hero in the whole world today (aside from people you’re related to, I mean some famous public figure that you’ve admired from a distance for most of your adult life, that kind of hero) suddenly walks in the door and sits next to you.  What would you say?  That happened to me yesterday.

“Sorry sir, this seat’s taken” I say.   doh!  I kid you not.  I actually said that!!!  Now, of course I was joking, but after I said it, the thought hit me that he might think I was serious and if that happened, then I would have just made the most boneheaded audacious insult of my life.  In a flash, I thought to myself as the joke was leaving my mouth, “Who in the world would have the gall to say this to the top man in their company in literally the first few minutes of a new job!!!??!”

I am so very grateful that Gary Haugen has a great sense of humor!  He laughed and quipped back, “oh yeah, well I’m taking it!”  Phew!!

Gary Haugen opening the orientation with some big picture thoughts on why IJM exists, what we’re about, and where we’re going.  He also shared his story of discovering the world and God’s heart for justice.  It was particularly interesting to hear about his interning right out of college in South Africa under Apartheid and getting arrested for being a white person in a black township without a permit.

It was a huge thrill to show up to my first day of work at IJM.  We’re in Washington D.C. for orientation.  On day one, we met offsite in a more casual environment (the rest of the days are in suits at headquarters).  It was amazing to look around and see such a diverse array of Christians from all over the world assembled to prepare to be sent back out all over the world to protect the poor from violent injustice.  I’m inspired.

Below are some quick pictures of slides from the training.  I wish I took some pictures of people to show you.  Maybe on a future day. 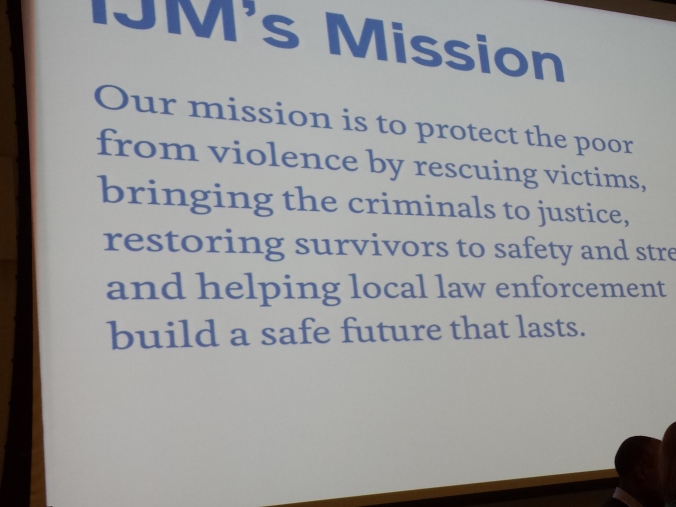 Evidence of Success in Philippines 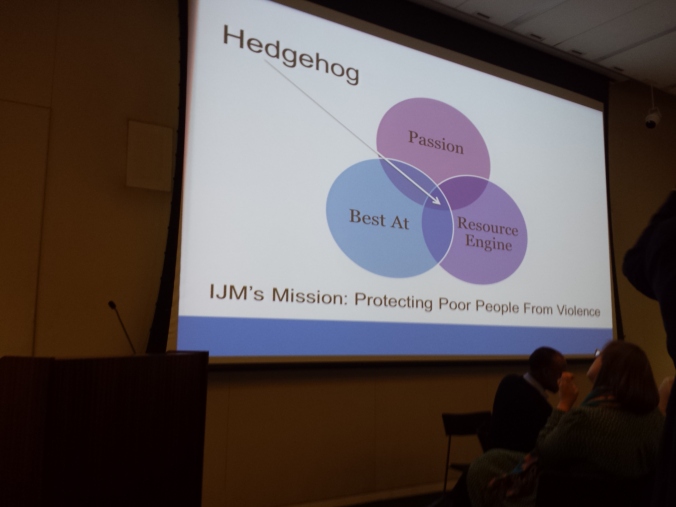 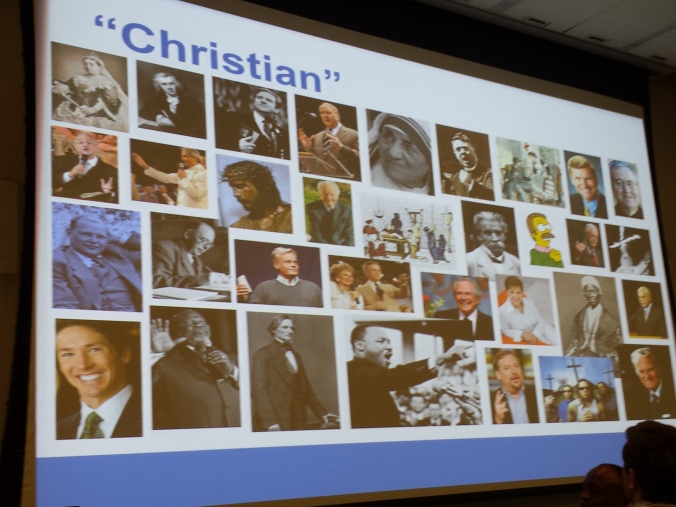 “When we say IJM is Christian, what kind of Christian do we mean?”

I couldn’t stop laughing at this slide.  They were talking about how Christian human rights folks were perceived 20 years ago when they started working.